The fascinating and mysterious story of Jack the Ripper – who was he? In the late nineteenth century, the East End of London was a labyrinth of dark alleys and gas-lit roads, squalid by day, treacherous by night. Whitechapel was a breeding ground for vice, villains, and gangs, where even the Police patrolled two by two in what many would describe as a lawless society.
In the autumn of 1888, a number of brutal murders took place in Whitechapel, which were to shock the world and terrorise the streets of London for many years. Our cabguide will pick you up from your hotel or meeting place and take you to the East End of London where you will hear about the horrific murders that remain unsolved to this day. There will be time to leave the black cab and walk through the cobbled alleys and see the murder sites. You will be told, should you wish,  tales of the gruesome way the women were murdered. You will be introduced to the suspects including “Leather Apron”, the Jewish Boot finisher and Francis Tumblety, the Irish-American, who had recently discovered his wife had made her fortune from prostitution.
The bulk of the murders took place in the metropolitan borough of Whitechapel. The final two victims – Catherine Eddowes and Mary Jane Kelly – were murdered in the City of London, that led to a conflict between the presiding Police forces. Inspector Abberline, from the Metropolitan Police, became increasingly involved in the murder investigation but struggled to contain the conflict, thus leading to vital clues being erased at Petticoat Lane that clouded the investigation.
Come and decipher the clues for yourself as the tour edges to its inevitable conclusion at Mitre Square where Eddowes body was discovered. Your professional cabguide will present you with the facts, help decipher the clues, and explain the various theories that have grabbed our imaginations to this day. Then it’s down to you – Who was Jack the Ripper?

Please inform your guide if you wish to be dropped at an alternative London location and the end of the tour.

PLACES YOU MAY VISIT (during your stay in London) 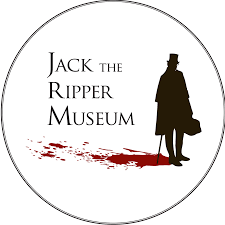